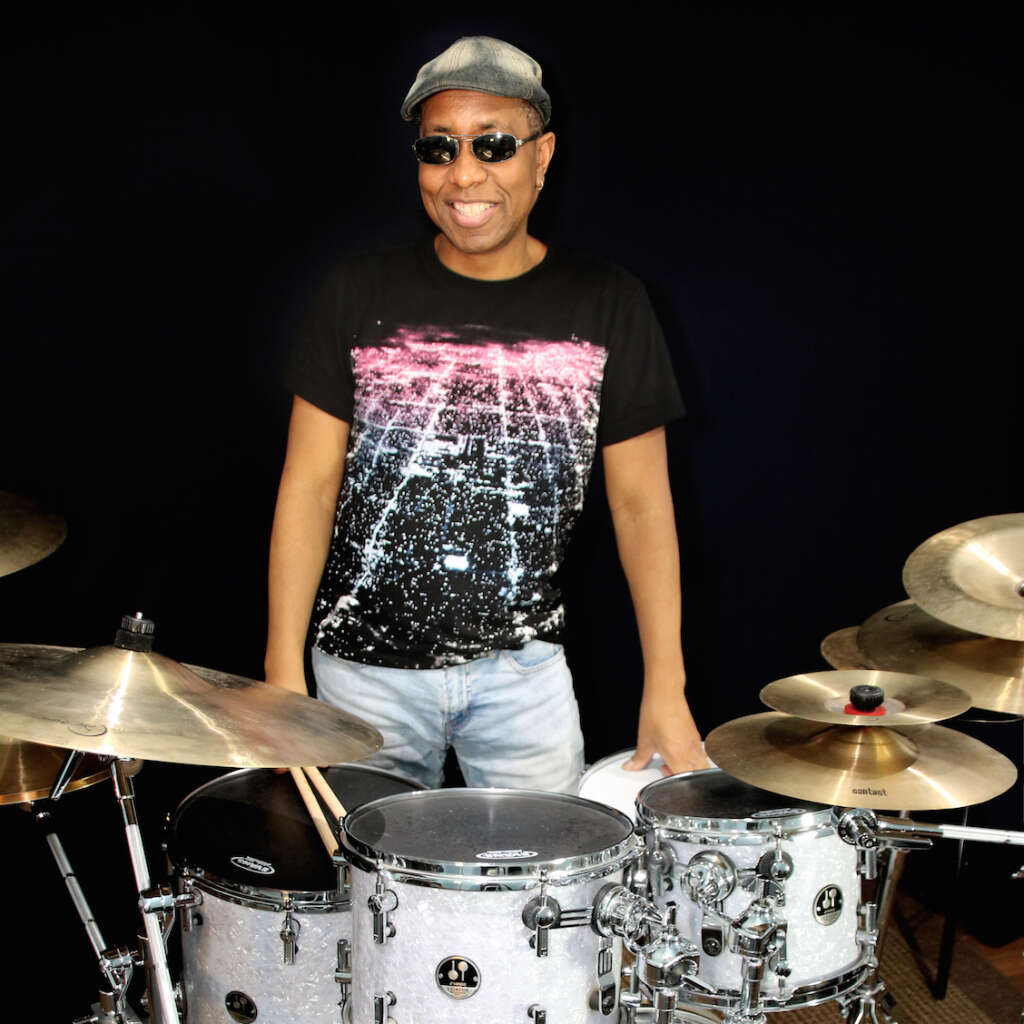 Aubrey Dayle was born in Kingston, Jamaica. He immigrated to Canada with his family, and was raised in Montreal.

He began playing the accordion at age 5 and from there learned to play the piano. By the age of 13, Aubrey had developed an interest in the percussive arts and decided to devote his talents to mastering them. His efforts paid off and a decade later, he was performing and collaborating with some of the best musicians on the planet.

While in Canada, Aubrey finished a Bachelor of Music degree in classical percussion performance at McGill University. He performed in both the Vanier and the award winning McGill performing on both jazz and classical radio broadcasts for the CBC, and touring throughout Eastern Canada.

Soon after, Aubrey graduated from the Manhattan School of Music in New York City. It was at this time he became fully committed to his development as both a drummer and a composer. He also started to tour extensively with James 'Blood' Ulmer and Hassan Hakmoun. The James 'Blood' Ulmer Blues Experience toured the globe playing mostly jazz and blues festivals.Hassan Hakmoun and Zahar played mostly world music and rock festivals. The latter ensemble also performed at "Woodstock '94" and was the warm-up group for several of singer Peter Gabriel's concerts during his Secret World and Womad tours.

Aubrey has continued to perform in varied situations. He has toured the United States extensively with the jam band rock groups God Street Wine and The John Popper Band. He appeared on "The Tonight Show with Jay Leno", "The Late Show with David Letterman", and the "Roseanne Show" with the John Popper Band in support of John Popper's solo album entitled “Zygote”. Aubrey has recorded and toured with Vernon Reid on the Grammy nominated CD project called “Memphis 'Blood' The Sun sessions featuring James 'Blood' Ulmer” , “No escape from the Blues”, at New York’s famous Electric lady studios. He has also performed and recorded a Live CD with Ernest Ranglin “Ska We Dat"called “Ska We Dat". Aubrey recently contributed percussion and drum tracks on two of James Blood Ulmer's latest recordings called "James Blood Ulmer Bad Blood in the City The Piety Street sessions" and “In & Out” as well as tracks for a project called A/collision. (www.myspace.com/acollision).

Many high profile artists have worked and played with Aubrey since he became a New York-based freelance musician. His diverse experience has allowed him to perform with Garland Jeffreys, Sam Rivers, Sonny Rollins, David Murray, Chico Freeman, Oliver Lake, Lonnie Plaxico and Ernest Ranglin among many others. He has also worked on “Bring In Da Noize, Bring In Da Funk” as a Broadway musician.

Aubrey’s discography includes Angie Stone’s Mahogany Soul, God Street Wine’s Good To The Last Drop and Hassan Hakmoun’s most recent CD called The Gift. He has also performed on several television broadcasts in the United States and Europe. Aubrey is continuing to work with musicians in Canada and the United States. His recording and video taping of a recent live performance of My id With guest guitarist Vernon Reid, has produced a live CD that was released in December 2008. It is with the My id project that Aubrey combines his influences in jazz, rock and world beat to stake his claim as an artist and a percussionist. 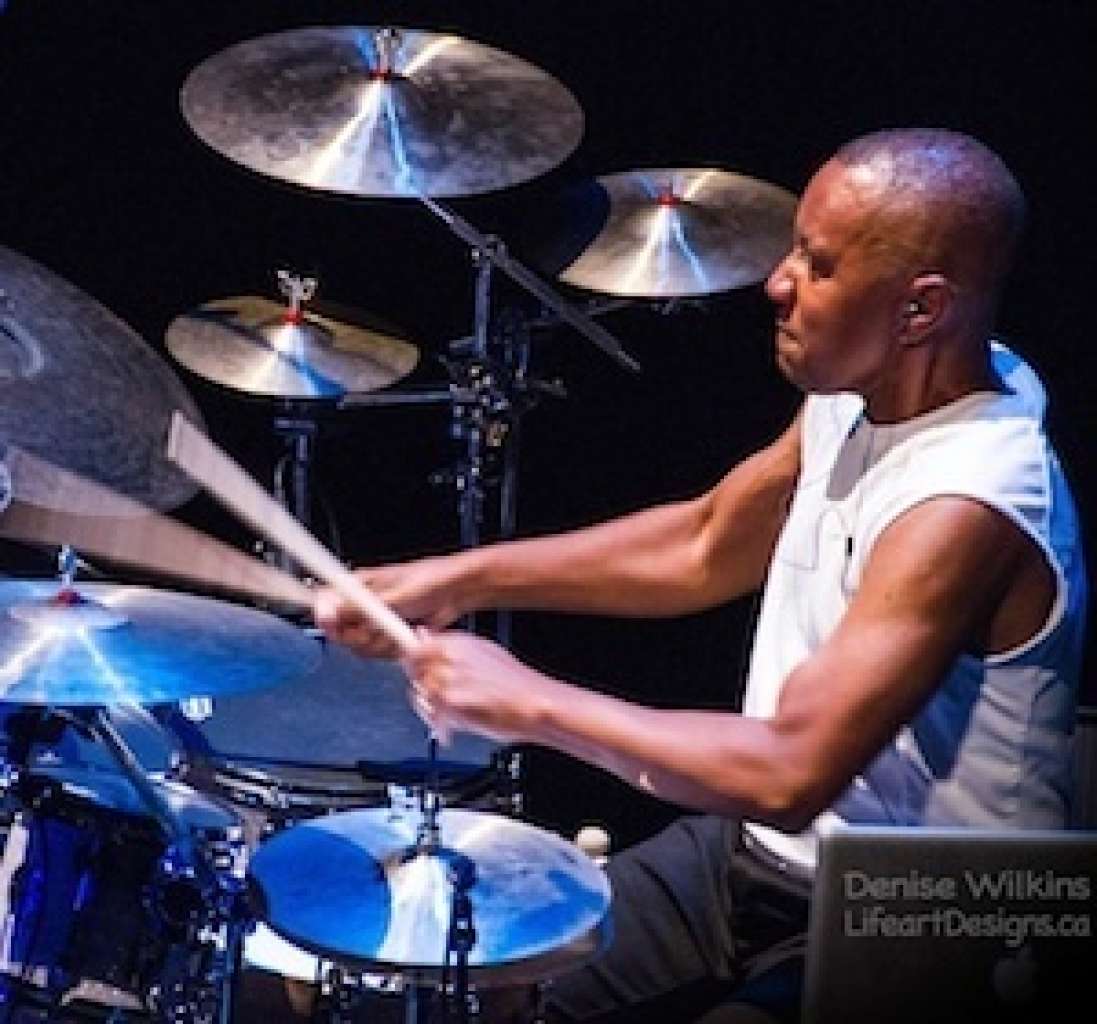 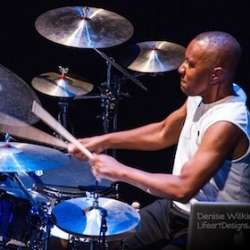 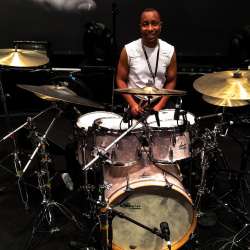 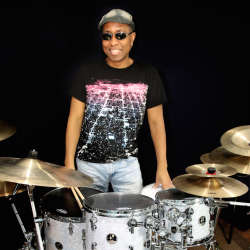